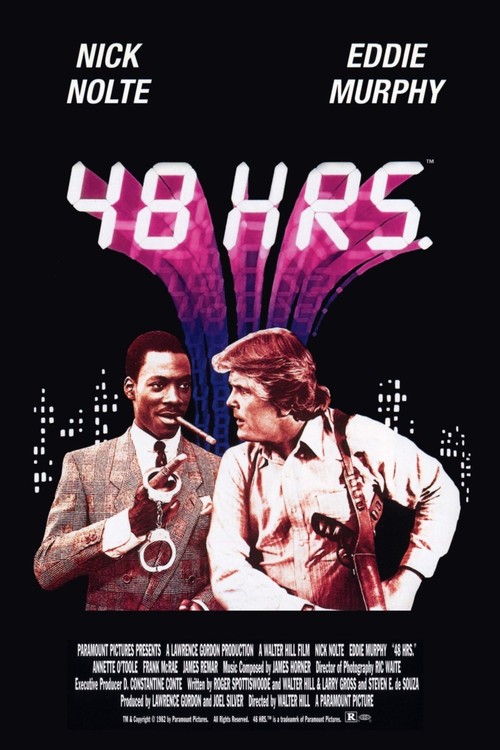 Gruff, tough-as-nails San Francisco cop Jack Cates (Nolte) wants to track down two cop killers, but he needs help. It turns out wise-cracking convict Reggie Hammond (Murphy) may know where they are, so he gets the state to release Reggie to his custody for exactly 48 hours. The problem is: cop and crook instantly loathe each other. Trawling the city, squabbling and openly brawling, the duo eventually develop a grudging mutual respect when they face down a series of dangerous situations together.