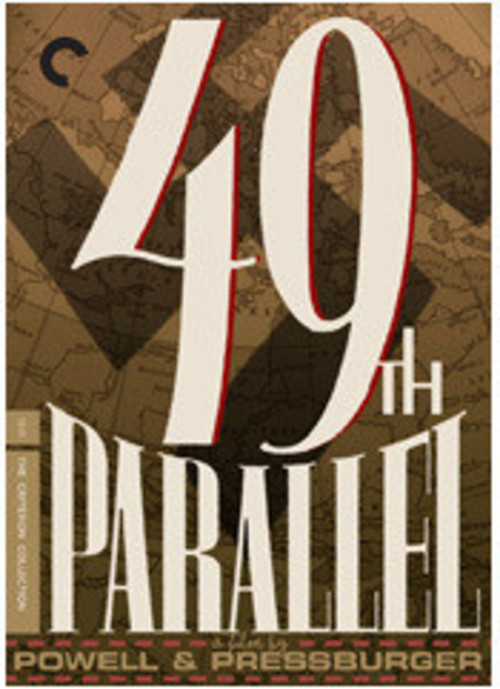 In 1940, after their U-boat has been torpedoed and sunk in the Gulf of St. Lawrence, six Nazi crewmen led by Lt. Hirth (Portman) trek through northern Canada on their way to then-neutral American territory. As they venture cross-country, they have encounters with a Quebecois trapper (Olivier), a Christian commune leader (Walbrook), and a reclusive author living among Blackfoot Indians (Howard). As the Nazi team's number dwindle over time, so do their chances for escape.

Also known as "The Invaders," and co-scripted by Powell's longtime partner Emeric Pressburger, this clever, rousing anti-fascist war thriller was one of Britain's boldest and most memorable propaganda pictures. Portman in particular is mesmerizing as the wicked, hate-spouting Lt. Hirth; Walbrook, Howard, Massey, and Olivier (despite the heavy Quebecois accent) are also uniformly excellent. Much to his credit, Powell brings a documentary-like intensity to the sequences filmed in Indian and Hutterite communities. Absorbing on many levels, "Parallel" is a soul-stirring drama that recaptures a tumultuous time.