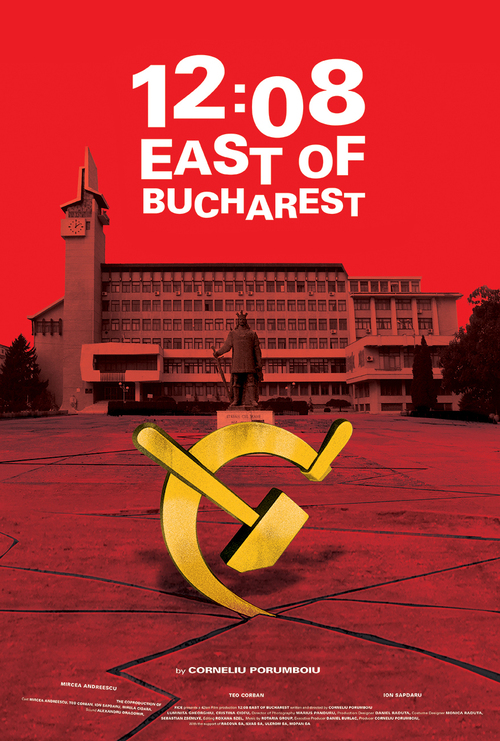 Sixteen years after the fall of Romanian dictator Nicolae Ceausescu, and a few days before Christmas, Mr. Jderescu (Corban), the pompous host of a local public-affairs TV program, tries to organize a segment about how ordinary citizens participated in, and were affected by, the 1989 revolution. Unfortunately, the only guests he can muster are elderly, slightly batty Piscoci (Andreescu) and Manescu (Sapdaru), a schoolteacher renowned for his alcoholism.

One of the new flowerings of recent Romanian cinema, the award-winning black comedy "Bucharest" is a sterling example of stone-faced Eastern European wit and self-deprecating satire. Jderescu, a Romanian Charlie Rose, thinks he's going to be leading a serious, searching forum about a watershed moment in his country's history, and instead gets saddled with a buffoon and a drunk whose memories are conflicted and contradictory at best. Then the call lines open up! You'll love the grim-humored "Bucharest," a low-key lampoon of national glory.