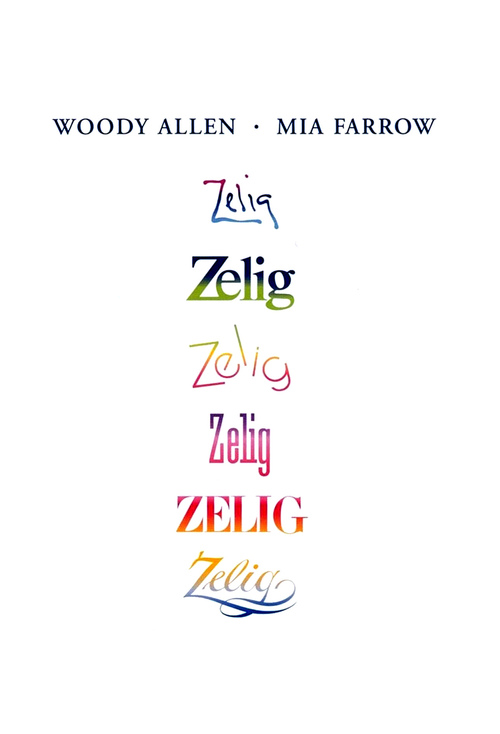 Leonard Zelig (Allen) is an odd case, a shrinking violet whose deeply neurotic yet passionate desire to conform allows him to adopt the mannerisms and even the physical appearance of anyone he sidles up to. As it turns out, Zelig happens to pop up in the company of some notable personalities — Hitler, Babe Ruth, even the Pope — and becomes an unlikely celebrity as a result. Even his perplexed psychiatrist, Dr. Eudora Fletcher (Farrow), unable to explain his unusual transformations, falls head over heels for the sublimely self-effacing fellow.

This hilarious faux documentary tells the life story of a human chameleon, complete with highbrow narration and interviews with intellectuals like Susan Sontag and Saul Bellow. One of Allen’s great comic achievements, “Zelig” is a feature-length gag that wrings laughs from Allen’s nebbish-y namesake, who happens always to be in a place of historic importance, straddling a towering figurehead of politics, sport, or genius. But in true allegorical fashion, Allen also works in jibes at bogus media hype and puts a sweet twist on the ever-elusive quest for personal definition. Forget “Forrest Gump”: “Zelig” is a funnier and more insightful film by far.