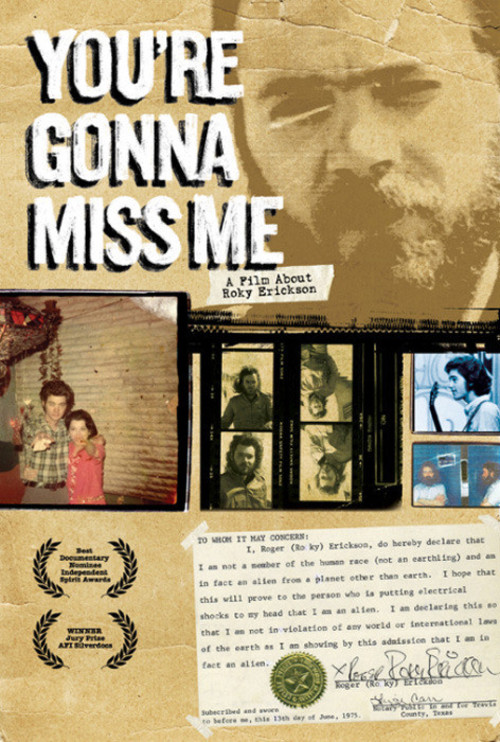 You're Gonna Miss Me

In the 1960s, Texas-bred songwriter Roky Erickson was the shrieking front man for legendary psych-rock outfit the 13th Floor Elevators. But it wasn't long before Erickson's psychological demons, fueled by ample drug use, sent him reeling. Through interviews and old footage, this documentary traces Erickson's heady rise and fall, and then catches up with the now-haggard 53-year-old as his mother and brother (an accomplished orchestra musician himself) lock horns in a battle for custody of the ailing musician.

The story is not new: a troubled upbringing, heavy drug use, and the recurrence of mental illness are at the root of one unlucky soul's lifelong afflictions. But when the person in question is the preternaturally gifted Roky Erickson — whose genius is testified to by Patti Smith, ZZ Top front man Billy Gibbons, and Sonic Youth's Thurston Moore — it offers a whole new way to interpret the explosion of the psychedelic scene in Austin circa 1968. McAlester's real subject, though, is the narrative of recovery and rejuvenation that's at the heart of this film. Roky's journey into hell and back again is, more than anything, a moving tribute to the healing power of art.