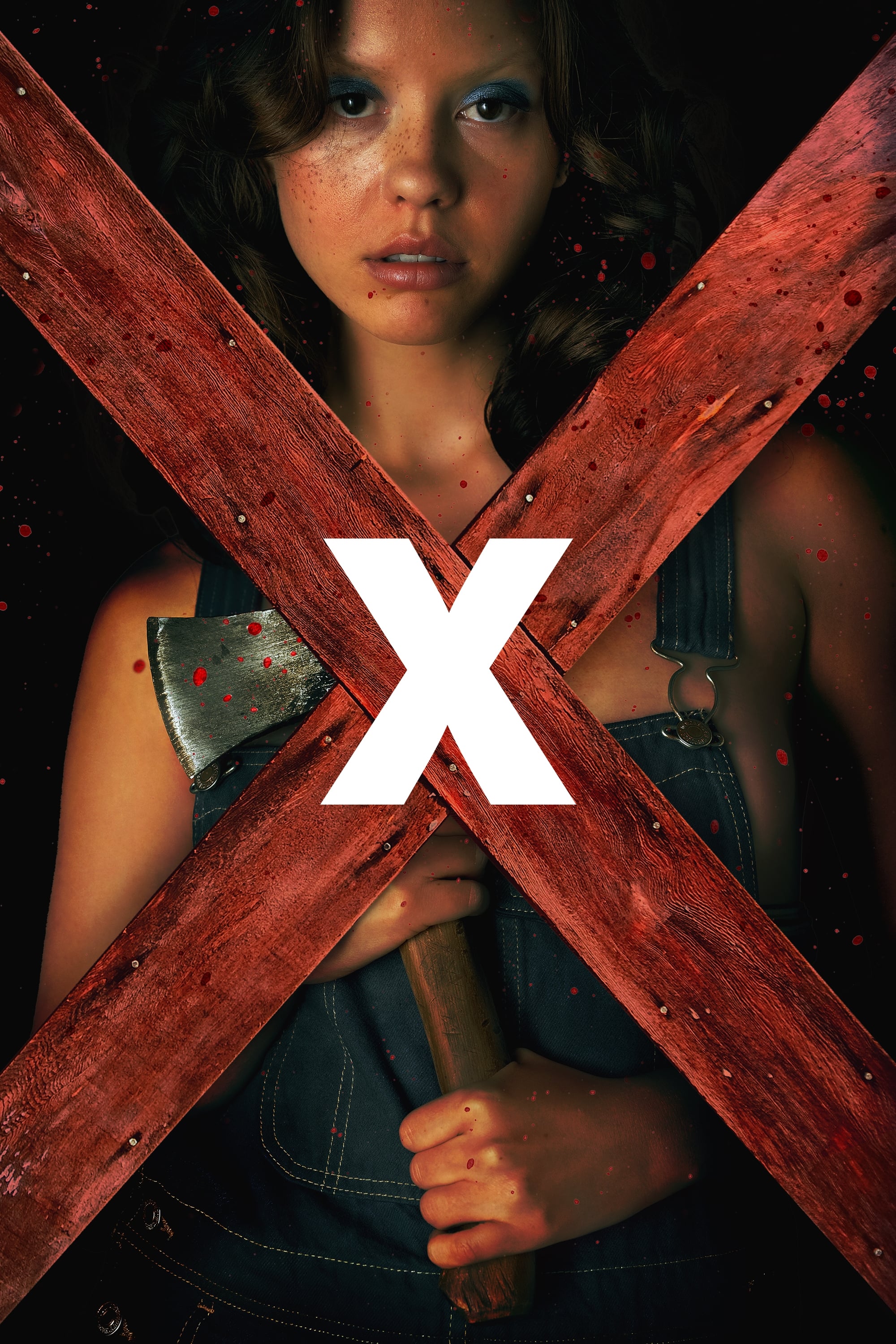 In 1979, a film crew rents a remote house in Texas to shoot their indie porn movie in privacy. Wayne (Henderson) is the film’s producer and primary cheerleader, and he’s also involved with leading lady Maxine (Goth), who dreams of movie fame. Maxine will co-star and perform with Jackson (Cudi) and Bobby-Lynne (Snow), who are also an item off-screen. Rounding out the group is director RJ (Campbell) and his girlfriend Lorraine (Ortega), who’s the sound technician.  Yet the weird old couple who own the place are less than welcoming, and when they find out what’s really happening on their property, things get ugly (and bloody) fast.

West’s wildly entertaining spoof juggles laughs and scares with consummate skill. The film’s first half delivers all the cleverness and flavor of a Coen Brothers classic, with the young ensemble cast really clicking. When the inevitable bloodletting finally begins, we experience the requisite jolts without feeling we’re suddenly watching a different film. Credit West’s sharp, clever script and his own production team, who not only lovingly capture the late seventies vibe, but also the glorious cheesiness of skin flicks and slasher films from that period. Never mind that rating- watch “X.”