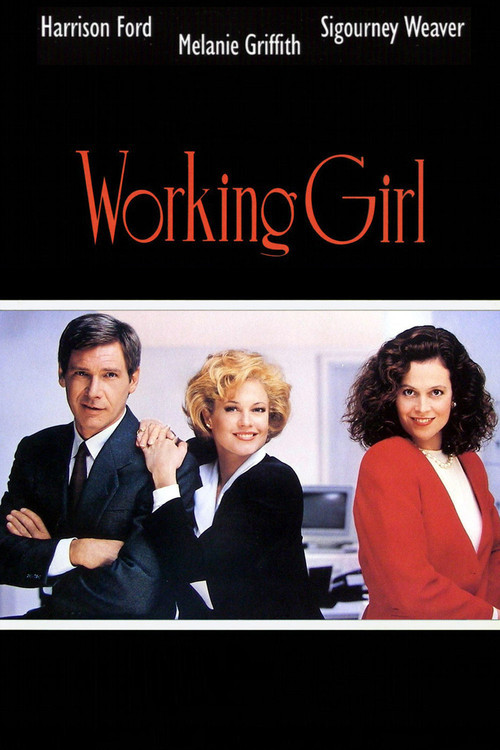 Tess McGill (Griffith) is a dedicated secretary trying hard to get ahead at a Wall Street mergers and acquisitions firm. When her spoiled, WASPy boss Katherine Parker (Weaver) passes off one of Tess' ideas as her own, Tess sets about exacting her revenge. Posing as Katherine (who is laid up after a skiing accident), Tess orchestrates a big corporate buyout. To succeed, she enlists the help of Jack Trainer (Ford), a mergers expert who just happens to be Parker's intended. Can Tess pull off the deal — and capture Jack's heart — before her deception is discovered?

Director Nichols' critical and commercial hit earned six Academy Award nominations over a quarter century ago and remains a big crowd-pleaser to this day. Both Griffith and Ford exhibit solid romantic chemistry and comedic chops, but the supporting cast is equally strong. In particular, Joan Cusack as Tess' gum-smacking, straight-talking best friend almost steals the show, and soon-to-be star Alec Baldwin is perfect as her sleazy ex. A wildly entertaining chronicle of the go-go 80s, this fun, funny charmer will never go out of style.