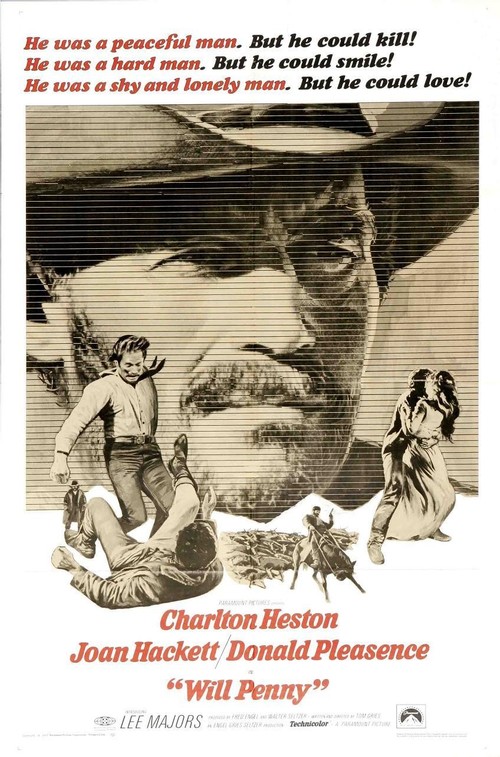 Will (Heston) is a solitary, set-in-his ways cowhand who can't read or write and has given up all hope for love. He doesn't count on meeting Catherine (Hackett) and son H.G. (Jon Gries), an abandoned mother and son who've taken up residence on his employer's land. Will finds himself forming an emotional bond with them, but a nasty incident in Will's past comes back to haunt him, and the cowboy must assess once and for all whether he could ever really settle down.

Tom Gries's fabulous Western transcends various shoot-outs and intrigues to serve as both a touching love story and tale of self-discovery. A sensitive, perceptive script (by Gries) is brought to life by winning lead performances from Heston and Hackett, not to mention an inspired turn by Donald Pleasance as a Bible-thumping psychopath (with two equally demented sons, one played by Bruce Dern). Ben Johnson adds authentic flavoring as Will's no-nonsense boss. "Penny" rates as mandatory viewing for Western fans.