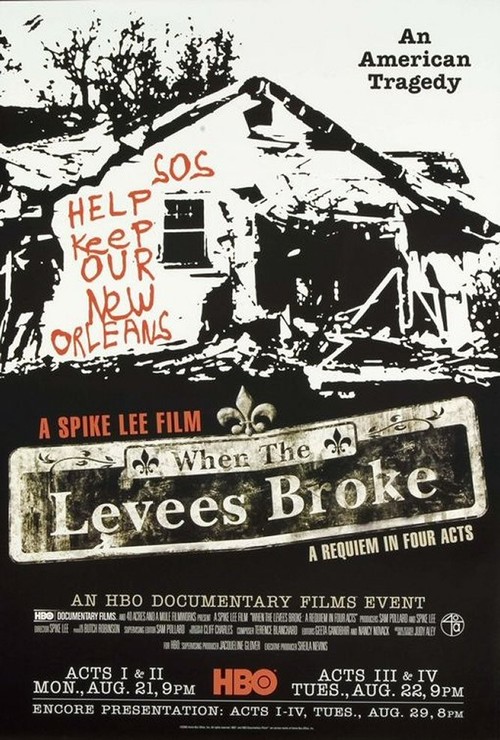 When The Levees Broke

One year after Hurricane Katrina devastated the city of New Orleans, director Spike Lee returned to make this definitive account of the tragedy and its aftermath, as well as the egregious failures of government officials who were slow to respond to the catastrophe. Told in the words of those who lived through the calamity, this film offers a devastating look at the ravaging of Crescent City by a monster storm, and the shocking indifference that caused impoverished, mostly African-American residents of the Ninth Ward to suffer the greatest indignities.

Originally aired on HBO, Lee's marathon "Requiem in Four Acts" covers in grim, engrossing detail: the storm; the surge over the levees and resultant flood; the looting; the mass flight to the Superdome; the interminable waiting for help; FEMA's slow, infuriatingly feeble response; and finally, the efforts underway to rebuild this historic city. It is very much an emotional portrait, not a dry recitation of facts, and to that end the film is built around punchy interviews with survivors, local politicians, and celebrities like Harry Belafonte, Wynton Marsalis, Douglas Brinkley, and others with a deep connection to New Orleans. With its lyrical imagery and bluesy vibe, "Levees" is a film to contemplate, both for its justifiable outrage and its profound sense of lament.

When We Were Kings