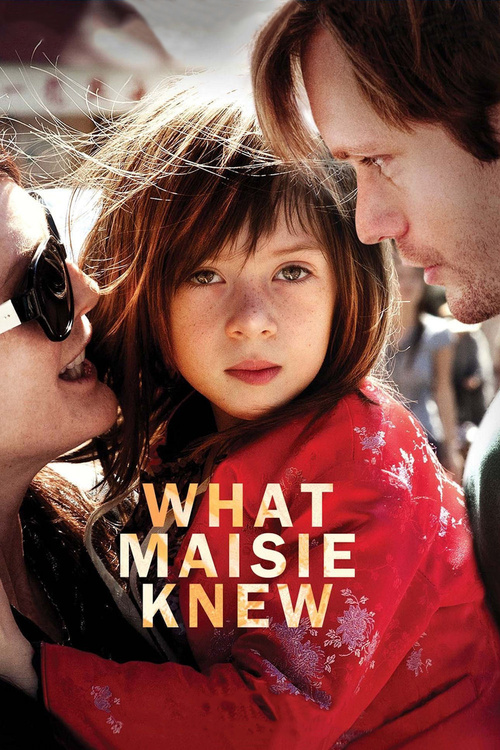 Maisie (Aprile), a sweet, observant, and innocent 6-year-old girl, watches as her angry, distracted parents careen towards divorce. Her rock-singer mother Susanna (Moore) is more concerned with her career than with caring for Maisie, while her art dealer father, Beale (Coogan), is self-involved and mostly absent. After the divorce, Beale marries Maisie’s nanny (Vanderham). In retaliation, Susanna hooks up with a young bartender (Skarsgard). Shuttled between apartments, a pawn in a game she doesn’t understand, we follow Maisie as her world becomes ever more turbulent and uncertain.

Directors Siegel and McGehee have updated Henry James’s 1897 novel, setting “Maisie” in modern Manhattan, and the shift works. In the title role, the young Aprile is remarkably composed — her tender, intelligent performance carries us through the bleaker moments of this uncomfortable yet absorbing tale. Coogan is weak and contemptible as the cynical Beale; his rare attempts to make some connection with a daughter he barely knows feel pathetic. Meanwhile, Moore’s manic, erratic Susanna is a character study in narcissism and neurosis. In the end, “Maisie” is a devastating portrait, reflecting the damage selfish parents can inflict on a vulnerable, blameless little girl. This powerful, difficult, and heartbreaking film deserves to be seen and remembered.