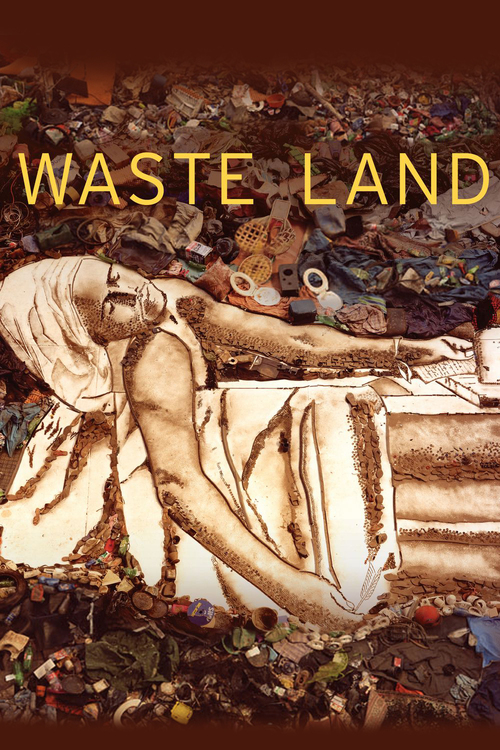 Acclaimed artist Vik Muniz grew up in a lower-class neighborhood of Rio de Janeiro, and the intense poverty there led him to see art as a tool for social awareness as much as an expression of beauty. When Muniz decides to photograph a number of people living as trash pickers (catadores) near Jardim Gramacho, the world’s largest garbage dump, he enters into a life-changing project. Director Walker follows Muniz and the catadores for nearly three years as they collaborate on creating self-portraits from trash culled from the dump, and captures how the project affects them all. Not surprisingly, Muniz grows attached to his co-workers, and struggles with the issue of sending them back to their former lives.

This incredibly moving documentary, which deals with eco-consciousness and the transformative power of art, inspires rather than preaches — a high compliment. “Waste Land” goes way beyond extolling the importance of recycling and respecting the environment; the story that unfolds here is in fact achingly human, a profile of several marginalized people whose lives are suddenly given renewed hope and meaning. It’s easy to understand why this was Oscar-nominated. Don’t waste any more time — see it now.