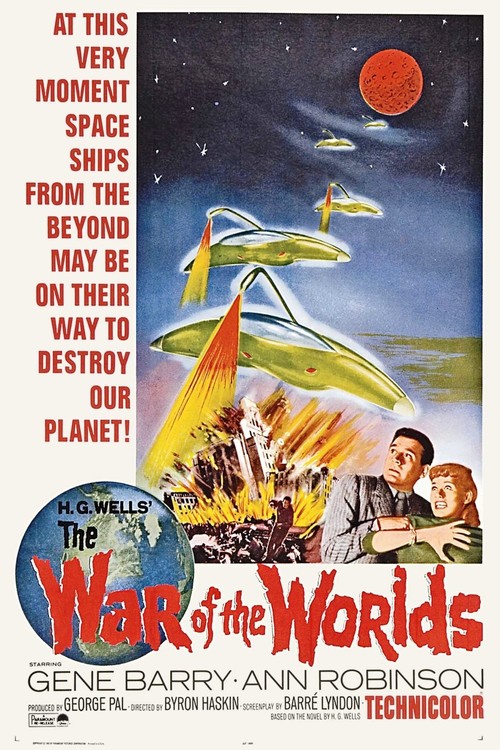 War of the Worlds

When a meteor-like object falls to earth near a small Southern California town, scientist Clayton Forrester (Barry) and local teacher Sylvia Van Buren (Robinson) are among the throng of townsfolk who crowd in for a look. It soon becomes apparent this is no ordinary falling star, as death-ray spaceships piloted by aliens emerge from the glowing crater and begin a systematic extermination of humankind.

Based on the H.G Well's classic, "War" helped feed the public's lurid fascination with the possibility of world annihilation, with a Martian invasion standing in for nuclear attack. "Worlds" is capably directed, the cast clicks, Technicolor adds vibrancy to the picture, and George Pal's Oscar-winning special effects still work their destructive magic. Even today, this sci-fi classic remains harrowing and unforgettable (though it's a smaller, humbler version of Spielberg's behemoth remake).