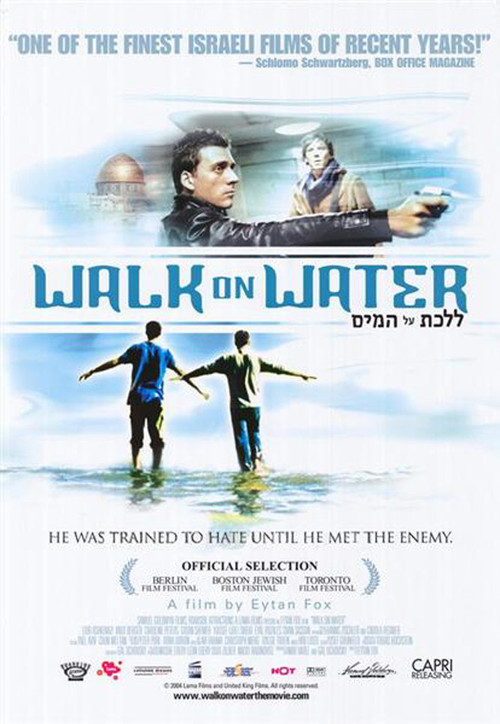 When Mossad agent Eyal (Ashkenazi) returns home from a violent mission in Turkey and finds his wife has committed suicide, his whole world is upended. His superiors re-assign him to lighter duty: Axel (Berger), the grandson of a former Nazi officer long in hiding, is in Israel to visit his sister Pia (Peters), and Eyal must pose as a tour guide, befriend the young Germans and ferret out their grandfather's location. As Eyal and the openly gay Axel travel Israel's famous tourist landmarks, a bond develops, one that complicates Eyal's mission and forces him to question his own identity and desires.

Director Fox has made a career out of exploring homosexuality amidst the fraught political and social climate in Israel. With "Water," he has created an offbeat espionage thriller in which the question of whether or not Eyal will get his man takes on several added dimensions. Ashkenazi and Berger smolder onscreen together, and their late-film nude dip in the Dead Sea becomes a memorable set piece, both erotically and politically charged. Even with the dark, horrific legacy of the Holocaust at the film's core, Fox provides us with vital, multi-dimensional characters that make "Water" a bracing and refreshing film experience.