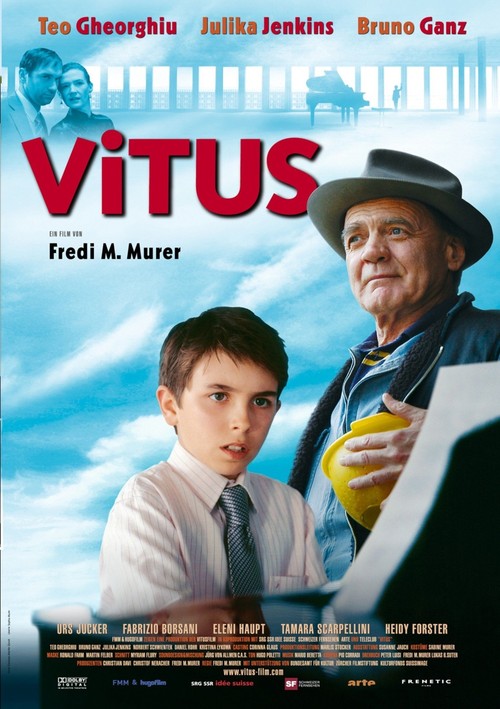 A piano prodigy at age 5, Vitus (Gheorghiu) is an exceptional youth whose talent is nurtured by his proud parents, Leo (Jucker) and Helen (Jenkins). But their high expectations also overwhelm the precocious lad, now twelve, whose life feels anything but normal. His only refuge is in the company of his eccentric Grandpa (Ganz), a dreamer who builds Vitus a pair of wooden wings.

Starring real-life piano prodigies Gheorghiu (playing Vitus at six) and Borsani (playing Vitus at twelve), Murer's gently intelligent, often mesmerizing film tells the tale of a gifted lad trying to determine his own future. The director gives us plenty of lingering shots of these youths at the keyboard, but hinges his story on the tender relationship between Ganz's Grandpa and his rebellious grandson, who courts his babysitter, hijacks a commuter plane, and plays the stock market when he isnt tickling the ivories. Part family drama, part whimsical tale in the Ferris Bueller mode, "Vitus" hits just the right note between childhood despair and freewheeling jollity.