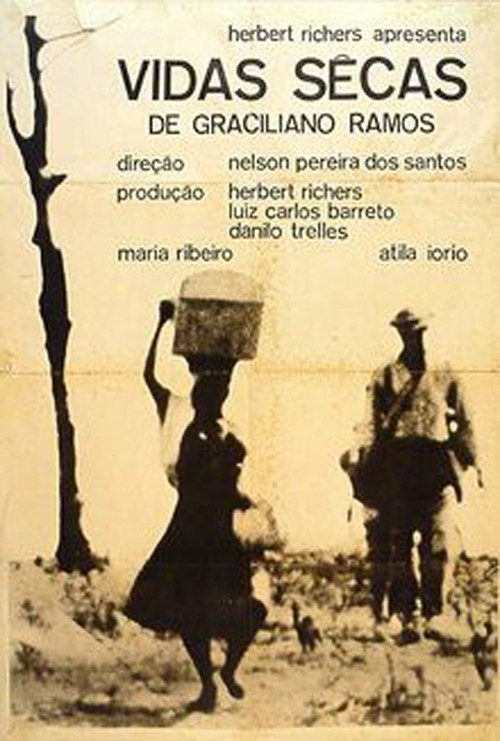 Fabiano (Iorio) and his wife Sinha (Ribeiro) have been forced by drought to wander the parched backlands of northeast Brazil with their two young sons, desperately looking for a means of subsistence. Hopes rise when Fabiano finally secures work as a cattleman, but then a series of events, including an ill-advised gambling session and a run-in with local police, dash the beleaguered family's plans.

Often compared to John Ford's "Grapes of Wrath" and the humanist tradition of Italian neorealism, Dos Santos's "Vidas Secas" was one of the important early works in Brazil's own Cinema Novo movement. With his documentary-like portrait of a poor family staggering across the dry, barren landscape in search of food and shelter, Dos Santos shone a light on the oppressed lives of the marginal poor, people too broken-willed to resist injustice or make demands on their government. Shot in gorgeous black and white, "Vidas" is heartbreaking but rewards us with an original, provocative vision.