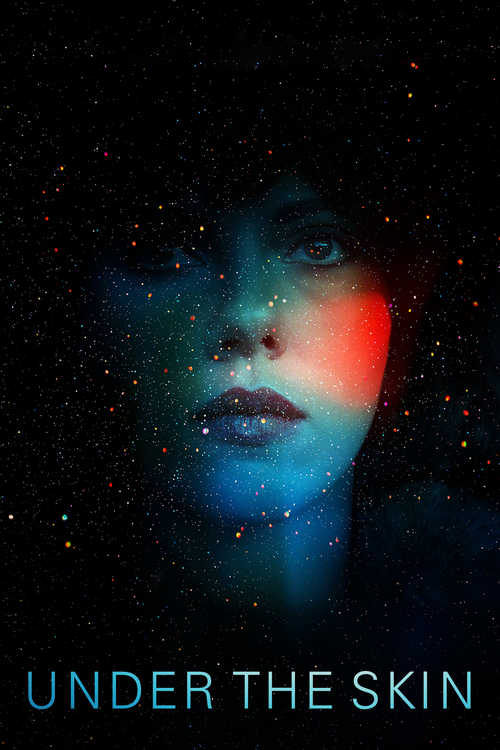 The sexy, mysterious Laura (Johansson) drives around Glasgow alone in a van. From time to time, she stops and asks directions from various men. If she learns one is single and living alone, she offers him a ride. Slyly flirtatious and attentive, she then invites the man to an abandoned building where a sexual tryst seems imminent. But in fact, what awaits him is a deadly dip in a pool of dense liquid not of this world... one that does not permit coming up for air. As Laura continues performing her ghastly mission, she finds herself increasingly intrigued by the human race.

Glazer, loosely working from Michel Faber's 2000 novel, serves up a provocative, existential sci-fi entry, rich in mood, and more unsettling than scary. Shooting on the streets of Scotland with a guerilla crew and hidden cameras, he achieves a cinema verite feel, as unsuspecting actors (the men signed waivers afterwards) are duped by a disguised Johansson. This American movie star affects a British accent and draws on her iconic screen persona to embody the alluring predator, whom most any man would follow most anywhere. The hypnotic music by first-time composer Mica Levi adds to the effect of alienation as the film builds to its haunting finale. Though perhaps not for all tastes, "Under" really puts it over!

Under the Skin of the City