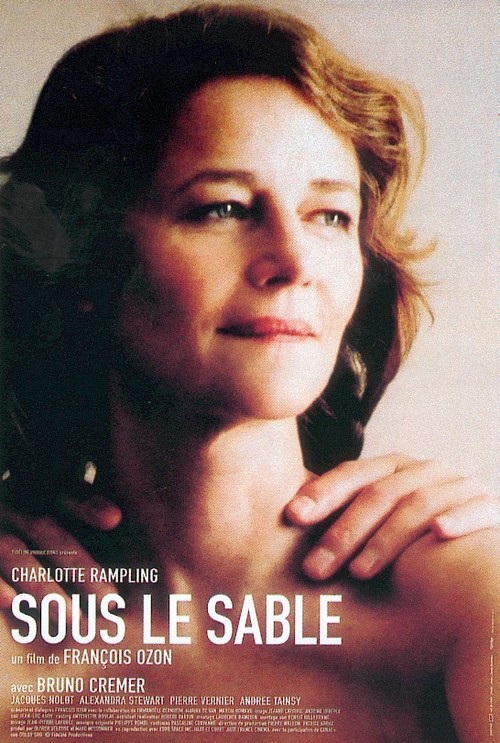 When her beloved husband Jean (Cremer) disappears after going for a swim at the beach, middle-aged Parisian Marie (Rampling) is understandably concerned. Then, when the authorities turn up no sign of his body, she is devastated. Months later, still haunted by her loss, Marie talks casually about Jean as though he were still alive- and she believes she sees him, too. Through Vincent (Nolot), a kindly man who takes a romantic interest in Marie, she struggles to reconcile herself to Jean's absence, and how his loss is affecting her.

A poetic rumination on grief and loss, the engrossing "Under the Sand" poses a troubling question in its basic set-up: Did Jean drown or leave his wife? Instead of resolving this mystery, director Ozon builds his unsettling and quietly poignant film around the emotionally frail Marie, elegantly played by Rampling, a haunted woman seeking to be at peace with her husband's puzzling disappearance. Part ghost story, part character study, "Under the Sand" is a powerful film about the remains, physical and otherwise, our departed ones leave behind.