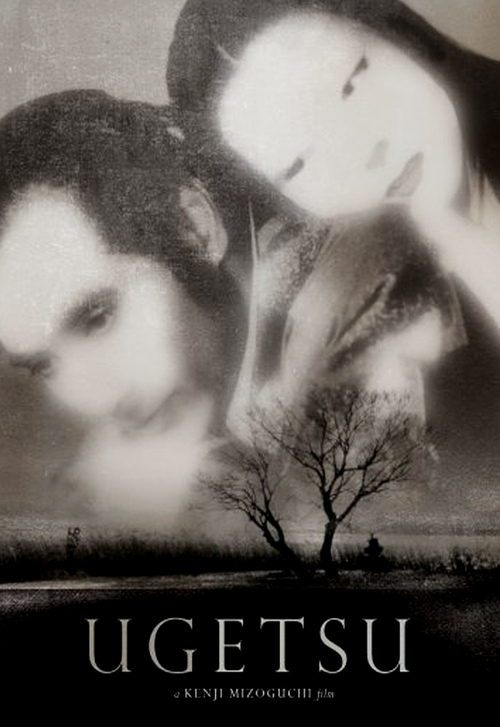 As civil wars rage in 16th-century Japan, indigent potter Genjuro (Mori) and peasant farmer Tobei (Ozawa) dream of riches and glory. After leaving their wives behind to sell their wares in Kyoto, Genjuro meets and decides to stay with an enchanting woman, Lady Wukasa (Kyo), who's not quite what she seems. And Tobei, in accordance with a long-held fantasy, kills a samurai and becomes a noted warrior. But the men's wives are left to an altogether different fate.

One of the great masterworks of Japanese cinema, "Ugetsu" is part ghost story, part wartime drama, and the two mix beautifully under Mizoguchi's cogent direction. In some ways, he links the suffering of women (murder, rape, destitution) to the selfish acts and desires of men, an unambiguously progressive theme in postwar Japan's re-evaluation of tradition. "Ugetsu" benefits enormously from the presence of Kyo as a sensual apparition, as well as Kazuo Miyagawa's gliding camerawork. Film lovers will embrace this entrancing story of human longing.