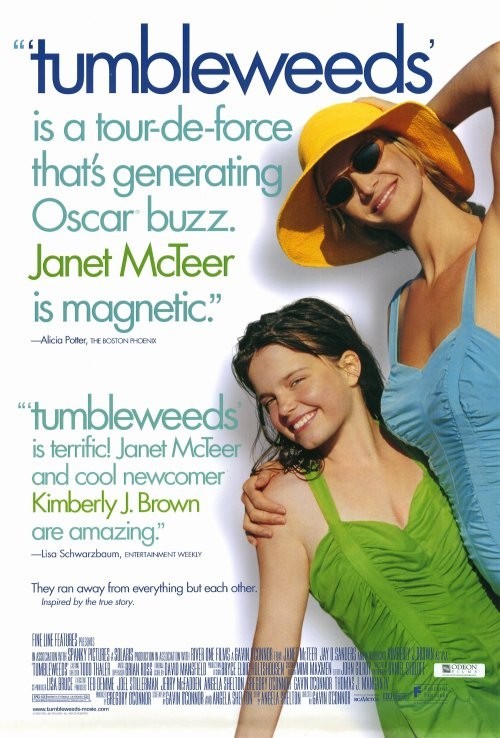 Genial but chronically irresponsible single mom Sara Jo Walker (McTeer) has a nasty penchant for choosing the wrong men. Any time things get ugly – and they always seem to – she packs up 12-year-old daughter Ava (Brown) and moves to a new state. After yet another mishap threatens to put them back on the road, the wise-beyond-her-years Ava finally puts her foot down.

A familiar mother-daughter tale receives refreshingly uncompromising treatment in "Tumbleweeds," buoyed by a stellar performance from McTeer, who was deservedly Oscar-nominated. Young Brown also excels here as a daughter forced to grow up too soon. Director O'Connor knows his material, and does an effective turn himself as rugged trucker Jack, Sara Jo's latest love interest. Don't miss this smart, affecting sleeper.