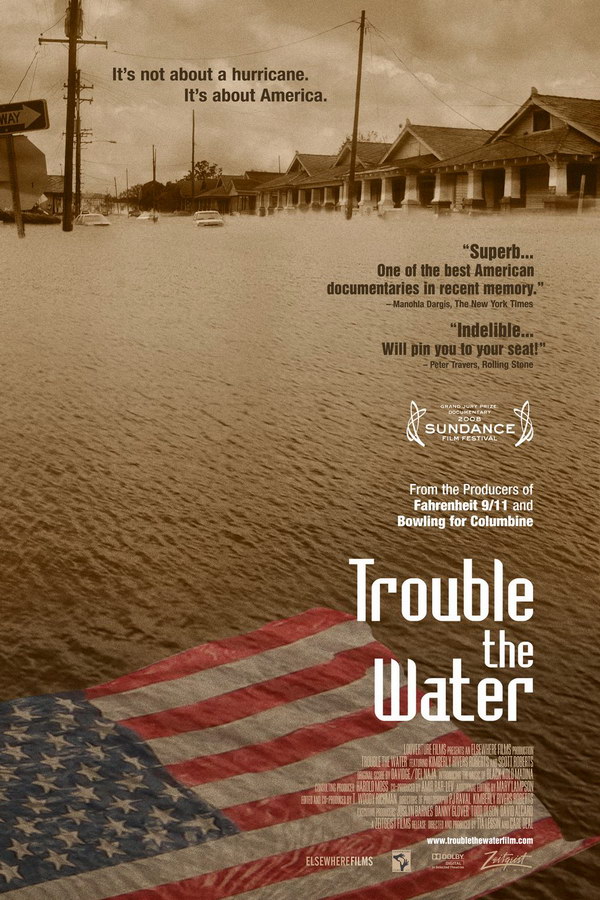 In August 2005, Louisiana couple Kimberly and Scott Roberts decided to document the approach and arrival of Hurricane Katrina on their own video camera. Without the means to evacuate from their home, they sit tight during the storm, eventually moving up to their attic to escape the rising waters. Rescued by a neighbor, they make their way to a relative outside the city. Returning two weeks later to film with professional documentarians Lessin and Deal, they observe how little government aid has reached their decimated community. A year later, New Orleans’ Ninth Ward has still not recovered.

Lessin and Deal were planning their own documentary about Katrina, but a chance encounter with Kimberly Roberts made them change their approach. They wisely chose to incorporate her raw, eyewitness footage into their own film, adding immediacy and impact, and putting a personal face on the tragedy. “Trouble” also features clips of news anchors and politicians (New Orleans Mayor Ray Nagin, President Bush) whose reassuring words are in stark contrast to the reality we see. Oscar-nominated and winner of the documentary prize at Sundance, this enlightening film deserves to be seen, and taken to heart.