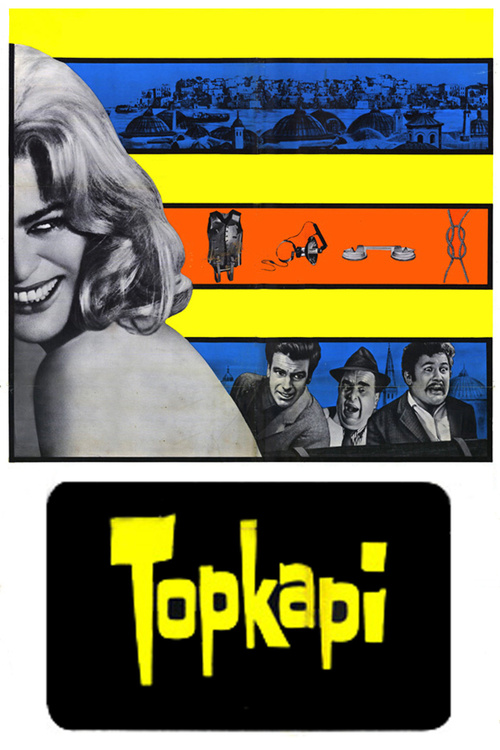 Walter and Elizabeth (Schell and Mercouri), a chic couple of professional thieves, play pied piper and lead some bumbling amateurs in an attempt to steal a jewel-encrusted dagger from Istanbul's Topkapi museum. When their hapless driver Arthur (Ustinov) is nabbed by police and asked to betray his comrades, he faces a tough choice. Will that dagger end up staying put?

Director Jules Dassin executes a lighter take on the classic heist film here, and scores a bull's-eye. Breezy, colorful, and clever, this is one of those pictures where the stars seem to be having as much fun as the audience, except of course for sad-sack Ustinov (no matter, he won an Oscar for his performance anyhow). The glorious location shooting only adds to the fun.