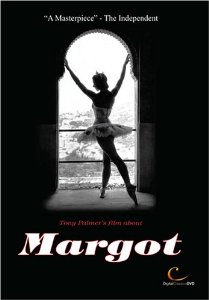 For four decades, Dame Margot Fonteyn was the most famous, beloved, and enduring prima ballerina on the planet, showing prodigious staying power and grace well into her fruitful collaboration with the much younger Nureyev in the sixties. To her public, she appeared unfailingly gracious and genteel. But behind her gentle facade lay a personal life torn by guilt and misjudgment. Palmer melds superb archival footage of Fonteyn in performance with details on her disordered personal life. Her romances, first with brilliant but emotionally erratic conductor Constant Lambert, and later Panamanian "diplomat" Tito Arias (whom she'd marry) reflect a gifted artist with a paralyzed emotional center and tragically bad taste in men.

Palmer's long but well-balanced and consistently absorbing documentary is one of the more striking examples of the dichotomy of celebrity, with great public acclaim set against a private life of mostly contained misery. Clearly Dame Margot was a woman of remarkable beauty, drive and talent. Yet not bad luck but a blind spot deep in her character would leave her broke and isolated at the end of her illustrious career, tethered to a man who did not merit her devotion. Palmer's film is a piercingly insightful portrait of an enigmatic woman who was at once the most famed of ballerinas, yet still a lonely and failed human being.