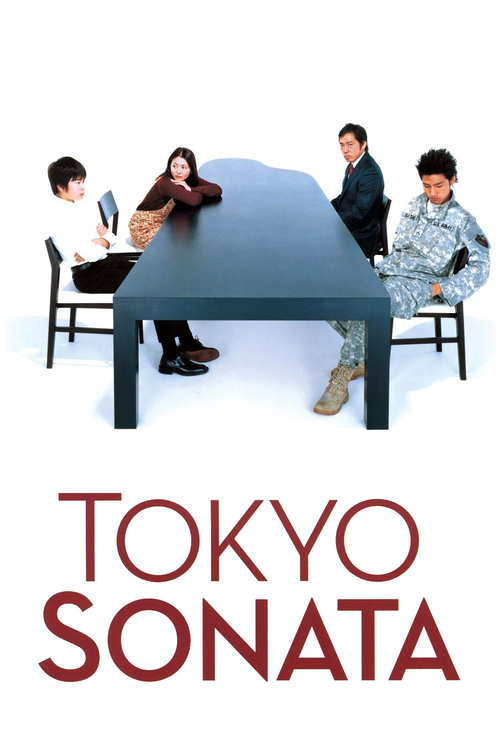 When proud Ryuhei Sasaki (Kagawa) loses his previously stable, mid-level job in Japan's depressed economy, he avoids telling his wife Megumi (Koizumi), bottles up his anger, and leaves to look for work every morning. Meanwhile their children are caught up in their own troubles: oldest son Takashi (Koyanagi) has dreams of joining the American military, since he feels his country offers him nothing; and the younger boy Kenji (Inowaki) learns he could become a piano prodigy, if only his parents would pay for the lessons. Gradually, Megumi grows restless and impatient as she tries to hold this troubled family together.

This dark, oddball slice-of-life drama could have been one dour slog, but director Kurosawa imbues the film with an affecting humanity that holds us fast. The quiet, mostly empty Tokyo the Sasaki clan inhabits is a far cry from the neon-blasted megalopolis were used to seeing, and the film beats to the recognizable rhythms of daily life. Youll come out feeling considerable sympathy for these flawed, struggling characters. And when the film takes a dark third-act twist, youll be relieved at an outcome that promises a measure of reconciliation and growth. Trust us: this "Sonata" will stay with you.