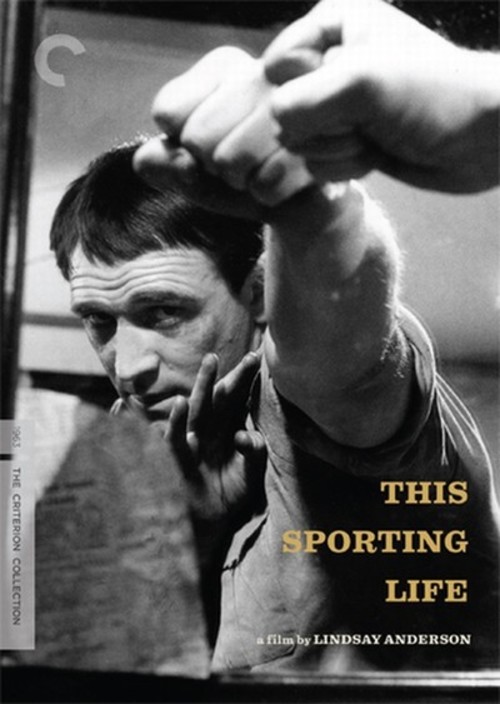 Boorish Yorkshire coal miner Frank Manchin (Harris) longs to be a champion rugby player, and eventually wins a try-out after muscling his way to the attention of a city team. With his star on the rise, Frank avidly pursues Mrs. Hammond (Roberts), the sullen, grieving widow he lodges with and has fallen for with a mix of animal yearning and quiet desperation. But Frank’s macho rebelliousness is no match for her bitter and passionless view of life.

Combining kitchen-sink realism and visceral, football-field punch, Lindsay Anderson’s bracing kick-spin on tragic love is (for my sixpence) one of the nerviest Angry Young Man films of the 1960s. Adapted by David Storey from his own novel, the film features a galvanic, Brando-esque performance by Harris, a burly, open-mouthed battering ram of primal impulses, while Roberts plays the wounded widow with inscrutable complexity. DP Denys Coop shoots the thrilling match sequences from the ground up — you feel every nose-busting hit, starting with the opening-shot scrum — all aiding in the film’s secondary theme of sports-world exploitation. What a "Life" indeed!