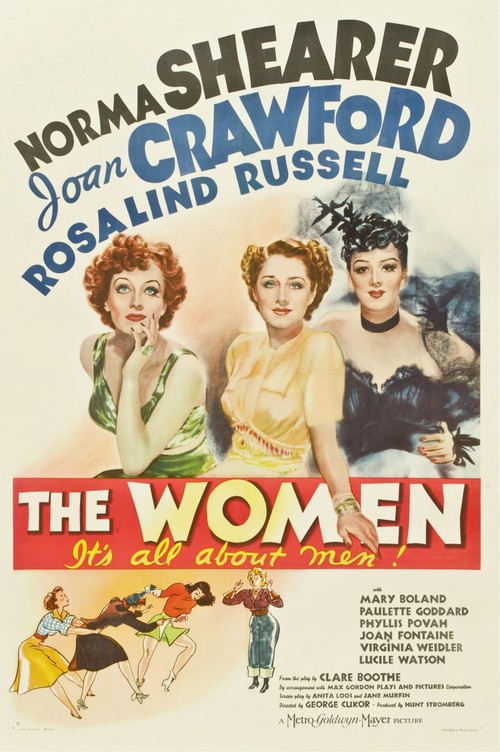 Crawford gets a juicy part playing Crystal Allen, a shop girl who's fooling around with a man above her station; namely, the husband of the wealthy Mary Haines (Shearer). Of course, the whole town is talking — that is, if they're female. And poor Mary is the last to know. Once informed, however, she begins divorce proceedings against her husband, while Crystal becomes the second Mrs. Haines. But this new union proves an unhappy one, and soon Crystal's eye starts roving again. Could this be good news for Mary?

Based on a play by Clare Boothe Luce, this glossy, sophisticated production may be the ultimate woman's picture, with the ultimate woman's director in Cukor, and no men in the cast. Comedienne extraordinaire Russell is particularly memorable as Sylvia Fowler, a catty gossip whose bite is poisonous. With a sharp, fast script by Anita Loos, this film lends credence to the adage, "Hell hath no fury..." (An uncredited F. Scott Fitzgerald also worked on the screenplay.) Line up for these "Women."