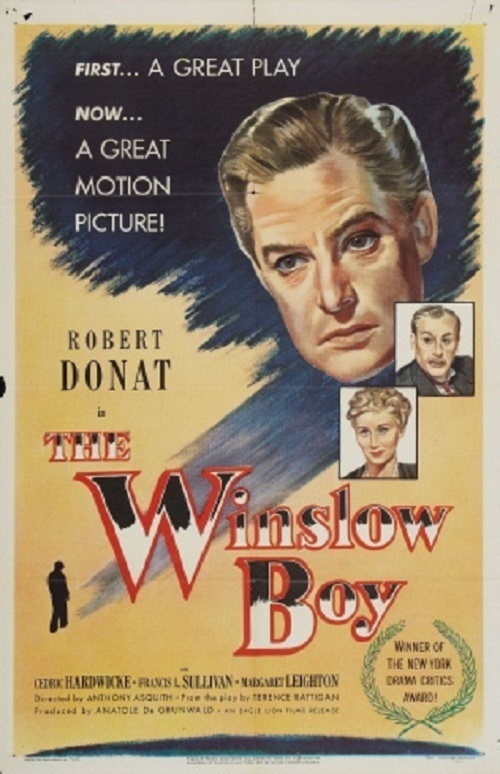 In 1912, Arthur Winslow (Hardwicke) proudly sends his younger son off to Naval College. Later he's shocked to learn that the boy has been summarily expelled for stealing, without a hearing or trial. Coming home humiliated, the boy protests his innocence. Believing his son, Arthur feels an injustice has been done, and appeals to top English barrister Sir Robert Morton (Donat) for help. Morton agrees, but the family is soon beset by financial worries and social ostracism as the case becomes a cause celebre.

Director Anthony Asquith does full justice to  Terrence Rattigan's hit play with this involving, beautifully acted drama. Donat is superb as the arrogant barrister who hides a core of decency and soft heart underneath his aloof exterior. Hardwicke also scores as the father willing to sacrifice everything to ensure that "right is done", as does young Leighton as his outspoken suffragette daughter. The script, co-written by Rattigan, gives these fine players plenty to work with. For British drama of the first order, seek out "The Winslow Boy."