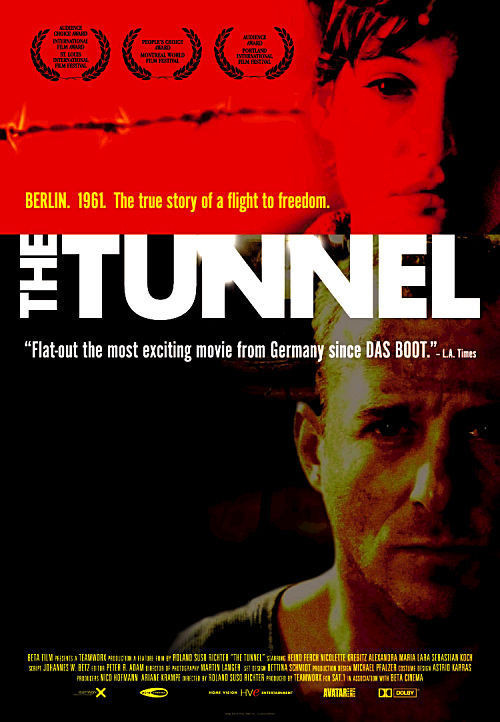 Champion German swimmer Harry Melchior (Ferch) is fortunate enough to escape to the Western sector just as the Berlin Wall goes up in 1961, but his beloved sister Lotte (Lara) is left behind. Harry's friend Matthis (Koch) also makes it out, but without his wife. The two resolve to go back for their loved ones at any cost, and decide to build a tunnel underneath the Wall and execute a daring rescue mission. Based on a true story.

Roland Suso Richter's crackerjack action/adventure tale excels on every level: script, direction, performances. It tells a remarkable tale of courage and determination that really transpired, and if it were fiction, you might not believe it. As Harry and Matthis lead the tunneling effort from the western side, they face not only back-breaking labor, but the need to keep their work secret; they stay watchful for spies and informers on both sides of the wall. Long but spellbinding, with no lulls to speak of, "The Tunnel" is one of the most impressive films to come out of Germany in some time. A must see.