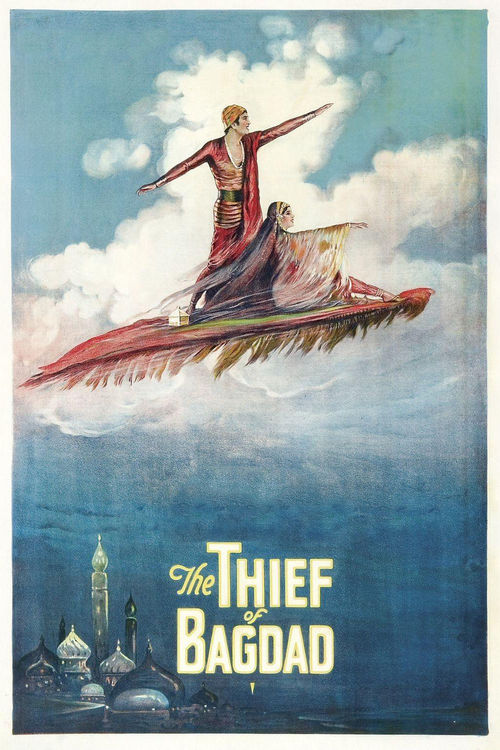 The Thief of Bagdad

Ahmed (Fairbanks) is a petty thief living on the streets of Bagdad. One day, he sneaks into the palace of the Caliph (Hurst) using a magic rope, where he lays eyes on a sleeping Princess (Johnston) and immediately falls in love. Determined somehow to win this beauty, he then disguises himself as a wealthy suitor. Alongside three other princes, Ahmed gets assigned to retrieve a rare gift; if successful, he’ll win her hand in marriage. In his quest, Ahmed travels through magical worlds and battles other-worldly creatures. But an evil Mongol prince (Sojin) is plotting to take both the Princess — and the land she’ll rule — by force. Will Ahmed still prevail?

A passion project for Fairbanks — who co-wrote (under his pseudonym Elton Thomas), produced, and starred — this Arabian Nights fantasy was amongst the costliest projects from the 1920s, costing over a million dollars. And it shows: the sets are lavish; the special effects inventive and spectacular. Fairbanks himself was never more gracefully athletic than here, leaping from giant pots and scaling vast walls with ease. Most notable is the flying carpet scene, which was not trick photography, but a real stunt caught by 18 cameras in one bold take. This “Thief” will steal your breath away.

The Thief of Baghdad