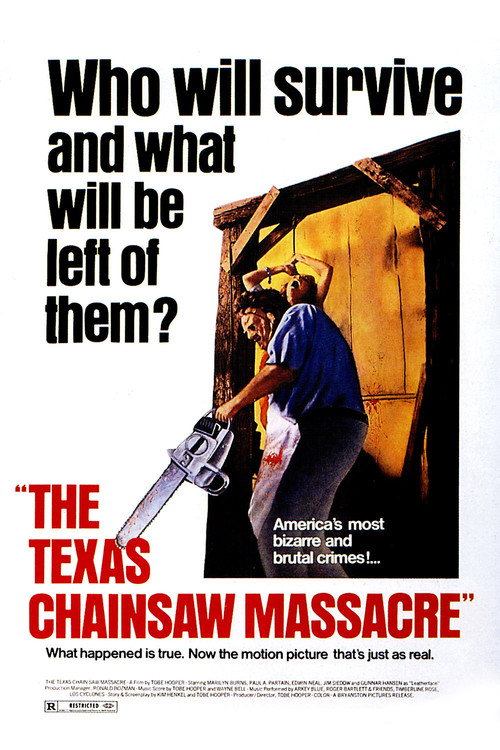 Loosely inspired by the real-life murders perpetrated by Ed Gein, Hooper's breakthrough feature follows five young men and women on a road trip that takes them through a very strange Texas town. A series of unnerving interactions with some odd locals is only the beginning. Events take a truly horrific turn when the group decides to check out an old family homestead nearby. Soon they are being pursued by a family of cannibals, led by the chainsaw-wielding Leatherface (Hansen), who will stop at nothing to torture, kill, and eat them.

Widely imitated but seldom equaled, Hooper's low-budget, still-petrifying horror classic richly earns its cult status. Recalling the savage villains in John Badham's "Deliverance," Hooper taps into our innate fears about the dark side of the American dream lurking in our most rural and remote areas. Seldom (and hopefully never) will you visit a more perverse, dysfunctional family. Though it seems decidedly less gory and shocking than when first released, this original "Chainsaw" entry remains a jolting experience in horror. Boy, did these kids take a wrong turn!