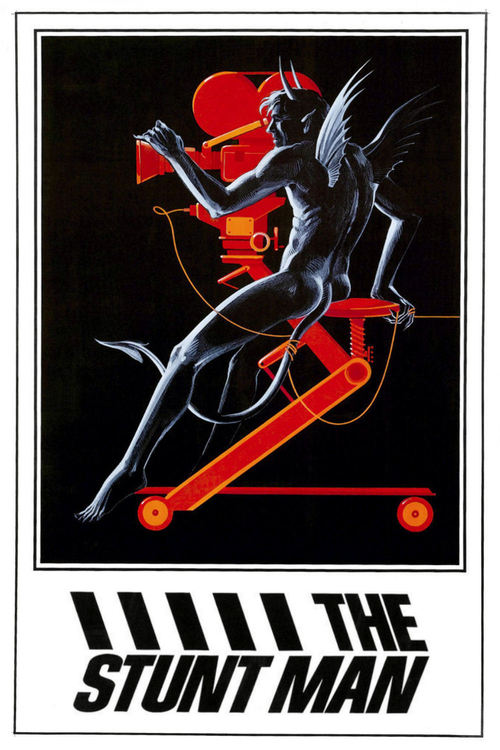 On the run from the police, young Hollywood fugitive Cameron (Railsback) seeks shelter in a movie company where he befriends tyrannical director Eli Cross (O'Toole), who is playing a very sophisticated game of manipulation with his crew and actors. When a stuntman dies on set, Eli convinces Cameron to take his place, with hilarious and harrowing results.

Part of the great appeal of this crazed cult classic — which finds a paranoid, confused young man thrust into the maniacal world of filmmaking — is the way screenwriter Lawrence B. Marcus plays with our understanding of "reel" narrative, like a proto Charlie Kaufman. Based on the novel by Paul Brodeur, this kooky, wit-fueled romp pairs Cameron with sexy starlet Nina Franklin (Hershey), who also happens to be Eli's one-time lover. In one of his sharpest and funniest roles, O'Toole is an unstoppable fount of clever deviance and saucy bon mots. If you're in the mood for a frenetic farce about the thin line between fantasy and real life, make way for "The Stunt Man."