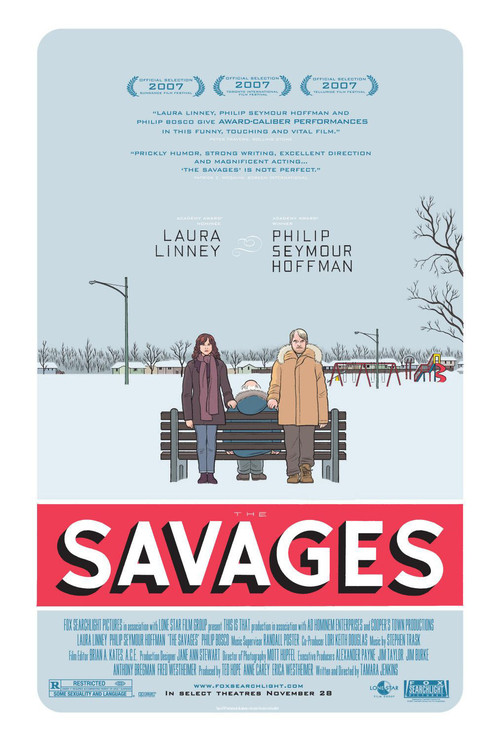 Wendy Savage (Linney), a struggling playwright in New York City, and her older brother, Jon (Hoffman), a professor of drama in Buffalo, are forced to confront past grievances and the emotional scars of an unhappy childhood when their aging father, Lenny (Bosco), from whom they're estranged, begins to show troubling signs of dementia.

A darkly humorous drama about sibling rivalry in a dysfunctional family, Jenkins's "Savages" soars thanks to smart scripting and a pair of knock-out performances by Oscar nominee Linney and the always intriguing Hoffman. Wendy and Jon are both isolated, unhappy singles confronting middle age and the disappointments that come from unrealized ambition. But the need to provide long-term care for Lenny forces them to open new lines of communication. Jenkins deftly balances stark humor and bald emotion, and makes their awkward attempts at reconciliation something we can all relate to.