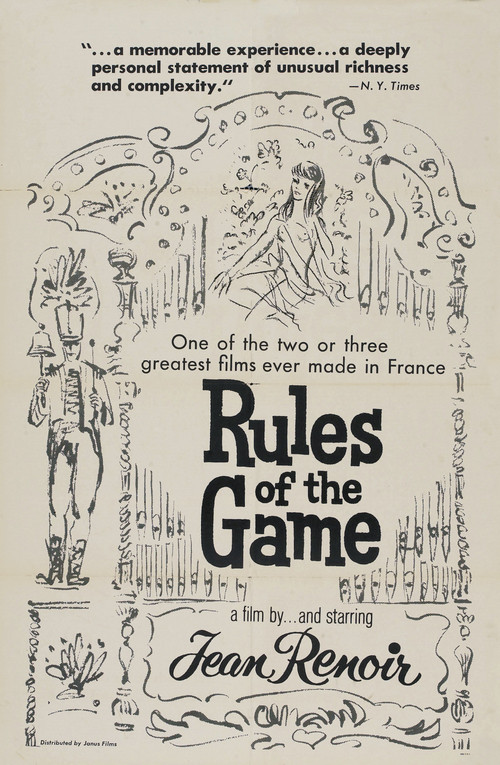 The Rules of the Game

Aviator Andre Jurieux (Toutain) is a hero, but has only love on his mind. The problem: he's in love with Christine (Gregor), who's married to wealthy, philandering Robert (Dalio). Andre leans on pal Octave (Renoir), who gets him invited to Robert and Christine's weekend hunting party. And — viewed from both an upstairs and downstairs perspective — what a strange party it is.

Director Renoir's scathing critique of French social conventions and hypocrisy caused quite a stir on release, and it's not hard to see why. A bit too clever and close to home for its time, the film's sublime satire has a cutting edge, as both masters and servants fixate on trivialities and behave foolishly, while all around them, Rome burns — or is it Paris? (Only a year after the film's release, the Nazis would occupy the City of Lights.) This is one "Game" still worth playing.