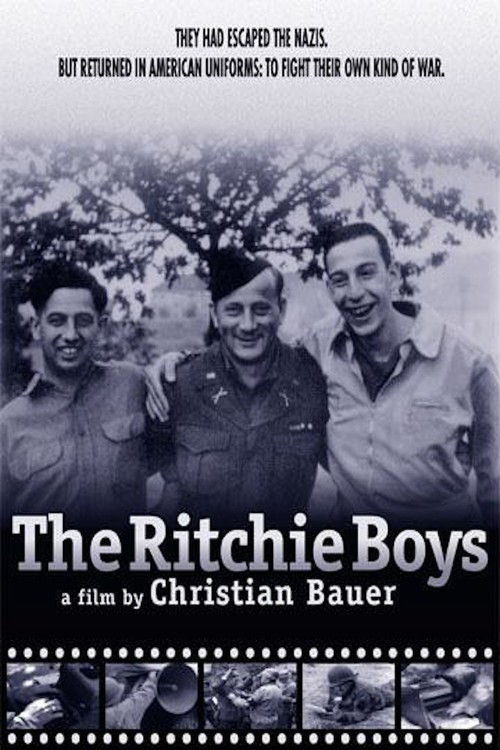 Before World War II, a number of Jewish intellectuals successfully escaped the escalating Nazi tyranny. When the U.S. government gave some of them a chance to get even with their oppressors once the war was on, they formed the basis of an elite intelligence unit at Camp Ritchie in Maryland. There, these men learned psychological warfare before heading back to Germany, mostly to help interrogate important Nazi prisoners. This groundbreaking documentary tells their stories for the first time, using a combination of newsreel footage and touching, often hilarious interviews.

Imagine a war story in which the heroes are not cut from the All-American, John Wayne mold, but are actually German-born Jews. Sent back to the land they’d fled years before, they execute a crucial, sensitive mission that unquestionably accelerates the Allied victory. It may sound unbelievable, yet it’s true, and Bauer’s engaging documentary brings this fascinating story to life. Six decades after the fact, his subjects, a pack of true raconteurs, remain spry on-camera, and share their reminiscences with humility and humor. Spend an evening with these “Boys” — you won’t forget it.