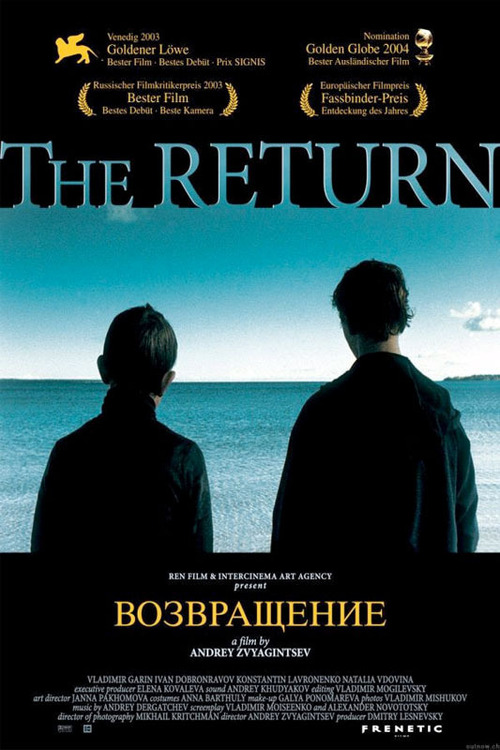 When their father returns after an unexplained, 12-year absence one summer, brothers Ivan (Dobronravov) and teenaged Andrei (Garin) are thrilled, especially when he agrees to take them on a fishing trip. But Papa (Konstantin Lavronenko) seems little interested in his sons, slipping off to make mysterious phone calls and coldly asserting his paternal authority. The trip takes an even more unexpected turn after he has the boys row out to a eerily remote, abandoned island.

This riveting, assured debut by Russian director Svyagintsev is an unsettling psychological drama about the strained relationship between a father and his estranged sons, who undergo a series of endurance tests at his hands. At the heart of the film is a mystery, but the tension builds around youngest son Ivan – played with seething confidence by Dobronravov – who resents Papa's harsh, unpredictable means of exerting control and refusal to account for his whereabouts. Bleak and disquieting it may be, but Svyagintsev's "The Return" is an intriguing trip worth taking.