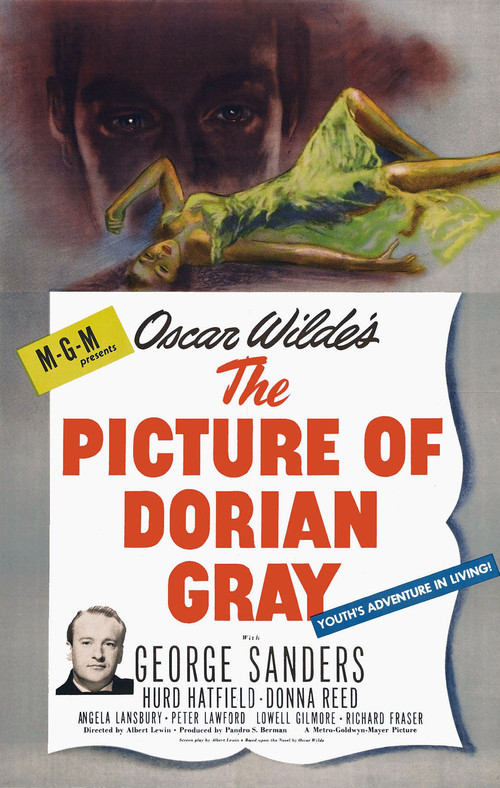 The Picture of Dorian Gray

In mid-19th-century London, Lord Henry Wotton (Sanders) drops in on his painter friend Basil Hallward (Gilmore) while he's finishing a portrait of one Dorian Gray (Hatfield). Cynical Lord Henry quips that the exceedingly handsome young man had better enjoy his good looks now, because when he gets older, he'll lose everything. Within earshot of a statue of a feline Egyptian god, Dorian mutters that he'd give anything if the picture could age and he could stay young. He gets his wish, with disastrous results for himself and everyone around him — especially the women he comes to love, songtress Sibyl Vane (Lansbury) and Hallward's niece Gladys (Reed).

Based on Oscar Wilde's only novel, this sensational literary horror movie depicts the moral leprosy that can lurk within. Hatfield projects an eerie, almost otherworldly quality in the tile role, and Sanders and Oscar-nominated Lansbury are standouts among a superb cast. This black-and-white movie, which uses two brief Technicolor inserts to brilliant effect, won the Oscar for cinematographer Harry Stradling. But the real star is Wilde's twisted, cautionary tale of getting what you ask for. Thankfully, you don't have to sell your soul to watch this "Picture!"