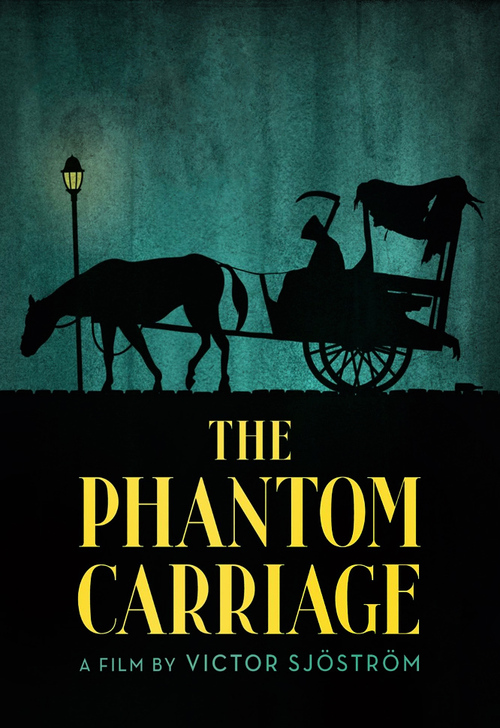 One New Year's Eve, a Salvation Army sister (Holm) lays dying. Her final wish is to speak with David Holm (Sjöström), a dour, mean-spirited drifter who frequents the shelter where she works. She still wants to save his soul, but David rejects her emissaries and then gets killed in a brawl at the stroke of midnight on New Year's Eve. The timing of his demise means he must drive Death's carriage for the next twelve months. Before taking the reins, his predecessor allows him to revisit the path of his own tragic life in a final effort to make David see the error of his ways before assuming his ghostly duties.

Today, as digital effects assault us at every turn, there's something satisfying about a silent film that can still astound and amaze us with the simple use of fades, double exposures, and other tricks of early cinema. While the film lays on the moral message a bit thick, its complex narrative, deeply layered through the use of flashbacks and dream sequences, remains highly sophisticated. At once chilling and uplifting, this landmark film, which actually inspired Ingmar Bergman to make movies, continues to surprise and fascinate audiences nearly a century after it was made.

The Phantom of Liberty