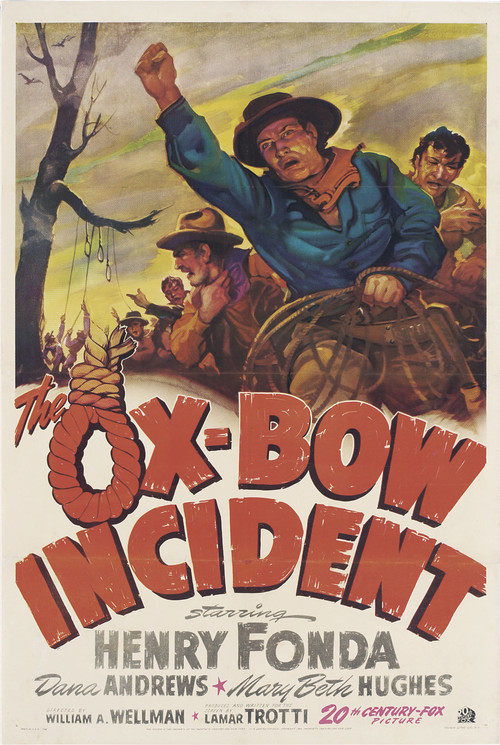 It’s Nevada, circa 1885, and exhausted cowhands Gil Carter (Fonda) and Art Croft (Morgan) have just rolled into a small town to get some rest. But the place is anything but peaceful; cattle theft, or rustling, is a recurring problem. The two outsiders learn that someone has just stolen a respected rancher’s cattle — and murdered him in the process. A horde of outraged townspeople assembles a posse, then find the three men they believe to be guilty. Hungry for swift justice, the citizens decide to hang the men immediately without trial, prevailing over more reasonable souls, including Gil and Art. But have they hung innocent men?

William A. Wellman’s tense, hard-hitting drama about the ignorance of mob justice remains as relevant to the treatment of all dispossessed people as to the prevailing conditions on the 19th century Western frontier. Fonda is superb as Carter, chief dissenting witness to the event, and look for Dana Andrews and Anthony Quinn in early roles as two of the condemned men. Nominated for the Best Picture Oscar, this is a top western from one of Hollywood's most seasoned directors. Don't miss it.