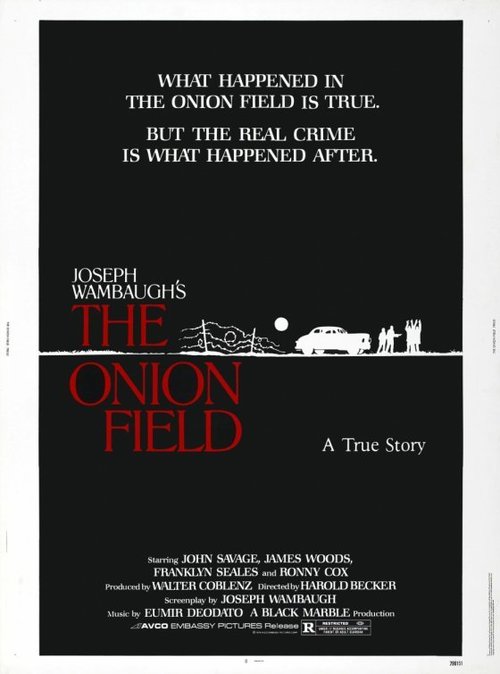 On March 9, 1963, a pair of LAPD officers pull over two men, Greg Powell (Woods) and Jimmy Smith (Seales), for a minor traffic violation. Without warning, Powell brandishes a gun, marches the cops into an onion field, and executes one of them. Miraculously, the remaining policeman, Karl Hattinger (Savage), manages to escape. But this perverse nightmare is far from over, as Hattinger is forced to answer for his actions to his superiors and the courts, while the killers go free.

Penned by ex-cop Joseph Wambaugh, Becker's raw-nerve, real-life police story focuses on Hattinger's anguish and long emotional ordeal in the traumatic aftermath of a random killing. In his breakthrough role, Woods plays the murderous Powell as a jittery nut job, honing the basic template for many of his later roles. An absorbing character study that opens on a terrifying roadside scene, "Field" depicts a side of police work we rarely get to see — and its devastating consequences.

The Only Son / There Was A Father