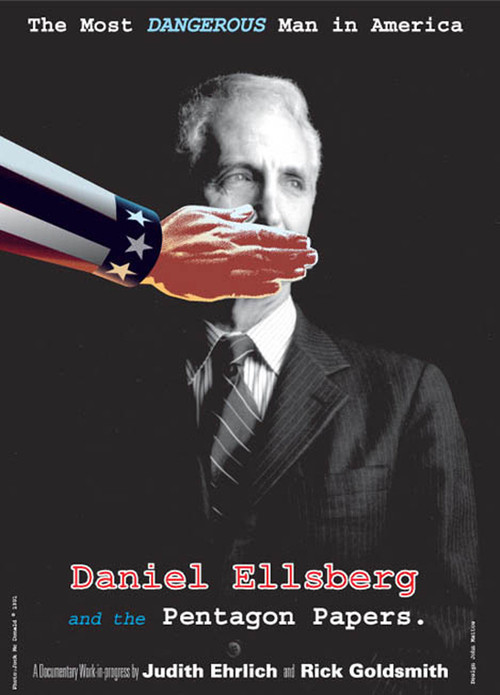 The Most Dangerous Man in America: Daniel Ellsberg and the Pentagon Papers

In 1971, Daniel Ellsberg, a high-ranking Pentagon veteran and Vietnam War strategist, had a crisis of conscience regarding his involvement in the conflict and what he called an 'imperial" presidency that ran unchecked by both Congress and the press. He smuggled a top-secret study — which catalogued the lies fed to the American people about Vietnam by five different presidents—out of the Pentagon and into the hands of the New York Times. All hell broke loose, causing then National Security Advisor Henry Kissinger to dub Ellsberg "the most dangerous man in America." This documentary relates just how the mild-mannered Ellsberg earned such a frightening description.

This riveting Academy Award-nominated doc delivers a full payload of intrigue and insight about America's involvement in Vietnam, the power of the presidency, and the Nixon administration during the turbulent early '70s. Through interviews with an older, mellower Ellsberg, as well as heavyweight historians like Howard Zinn, the film details how one mans decision to leak documents — a heroic and deeply significant action in and of itself — also created ripples which eventually led to Watergate and Nixon's downfall. Just as important, it asks questions about government transparency and the reality of the average citizen's participation in democracy that remain strikingly relevant today. As suspenseful as any thriller, this "Dangerous Man" really delivers the goods.