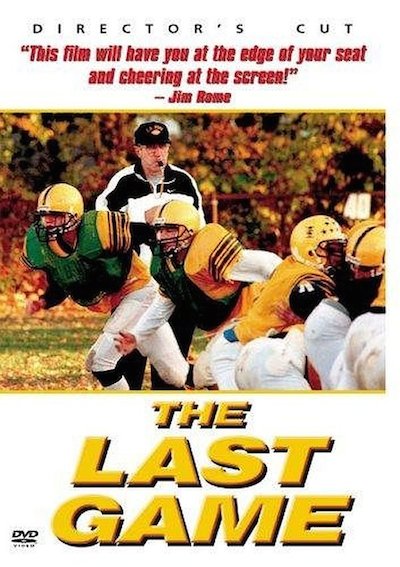 Coach Mike Pettine Sr. is a local legend in Doylestown, PA., having guided the winning Central Bucks Team for over thirty years. Now he is leading his squad forward in their third straight undefeated season, largely on the strength of fullback Dustin Picciotti. In the midst of this high-pressure situation, Pettine must weigh when and whether to retire, while preparing his team to meet arch-rival North Penn, coached by his own son, Mike Pettine, Jr.

"Game" relates a rich human story while taking us into the ruthless, disciplined world of high school football. This riveting, highly personal film fascinates on several levels: first, the surprisingly brutal sense of competition (Coach Pettine is no pussycat); next, the senior Pettine's struggle to decide whether it's time to finish up his admirable run as coach; and finally, the unusual and slightly awkward dynamic of father and son going head-to-head as rival coaches. Surprisingly gripping and intense, "The Last Game" is one match-up you won't soon forget.