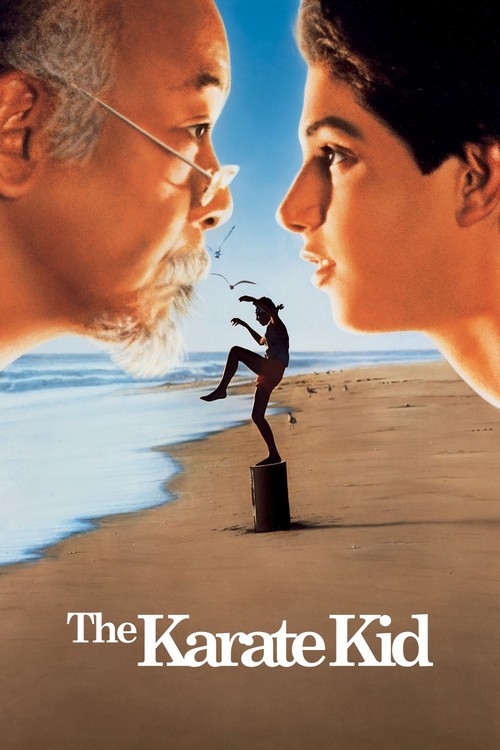 After moving with his mom to California from New Jersey, new kid in town Daniel (Macchio) finds himself targeted by a group of bullies with formidable karate skills. One night, he is defended by Miyagi (Morita), the soft-spoken Okinawan handyman in his apartment building, and the two form a friendship as Miyagi teaches him the moral principles of the martial arts.

A charming retread of his own mega-hit "Rocky," Avildsen's story of an underdog who learns a lot more than karate from his Japanese mentor contains memorable lessons in love, dignity, honor, and yes, self-defense for viewers of any age. Morita's Miyagi is both comically stern and huggably wise, quick with a rattan stick but also with cheeky jokes. Macchio makes an affecting outcast, and his crush on high-school cutie Ali (a pre-"Melrose Place" Shue) is the kind of stuff Frankie Valli used to sing about. As Daniel's mean, high-kicking foe, Martin Kove couldn't be better. Let's hear it for the original "Karate Kid," still the best in Avildsen's multi-film franchise.