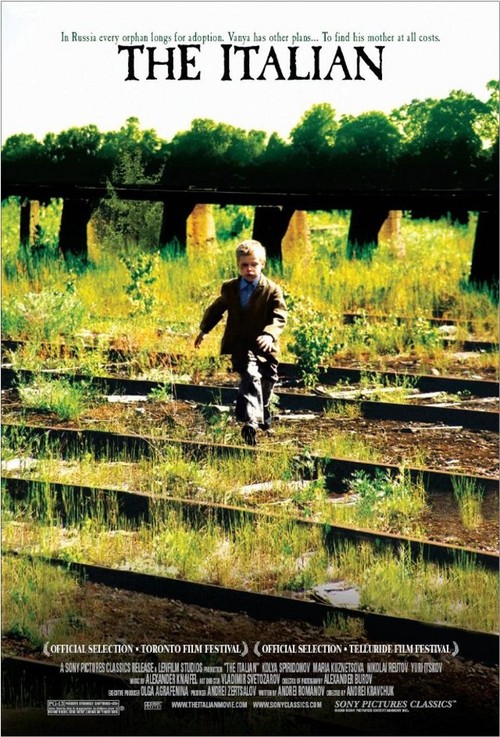 Six-year-old Kolya (Spiridonov) is one of the luckier and more envied orphans at a dingy, overpopulated children's home in contemporary Russia: he is about to be adopted by an Italian couple, who will pay the unscrupulous Madam (Kuznetsova) 5,000 Euros for the boy. After Kolya steals his personal file from a locked safe, however, he sets his heart on finding his birth mother, a journey that will lead him into the gritty, inhospitable world of big-city streets.

Based on actual events, Kravchuk's affecting drama takes a hard look at the realities of life for abandoned kids in modern-day Russia. With corrupt, ineffective handlers at the institutional level, older children organize themselves into Mafia-like gangs who administer chores (and beatings) to the younger wards, who can only hope that some childless foreign couple will want to adopt them. You couldn't ask for a better young performer than Spiridonov, whose single-minded character endures many deprivations before finding a kind of refuge with other street people. "The Italian" is a heartbreaking film about something we all long for: the comfort of home.