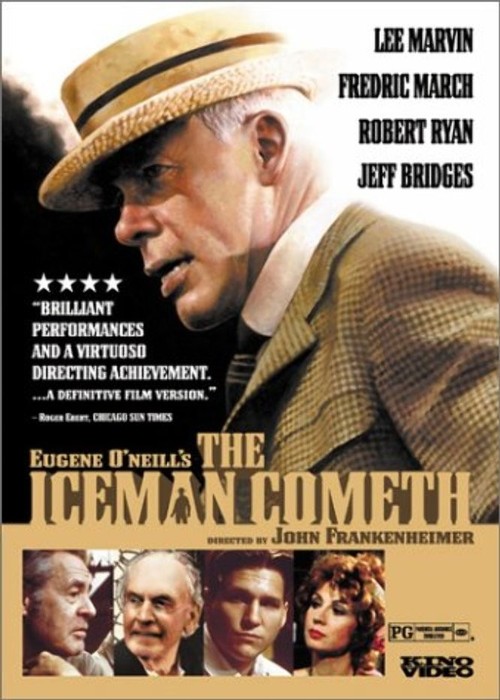 At a grungy New York ale house in 1912, a group of down-and-out alcoholics gather to celebrate the birthday of bar owner Harry Hope (March), including Larry Slade (Ryan) and Hickey (Marvin), a perennial loser who believes he has alighted on the proper attitude toward a wasted life. As Hickey berates the assembled for clinging dearly to their never-to-be-realized pipe dreams, his orations unleash a torrent of ill feeling and heart-rending catharsis.

Star Lee Marvin delivers the goods in the demanding central role of Hickey, the loutish sermonizer who attempts to convince his fellow losers that admitting to being a failure is the only possible redemption. In the last role of a long and distinguished screen career, March also shines as the aptly named Harry Hope, a widower who numbs his grief with work. Still it's tough guy Ryan who gives the film's most towering performance as the dying, laconic intellectual Slade (Ryan was also terminally ill when the film was shot). Frankenheimer, normally a director of high-wire political thrillers, directs Eugene O'Neill's raw, devastating play with confidence and sympathy for the plight of his characters. Look for a very young Jeff Bridges as Parritt, Slade's tragic young friend.