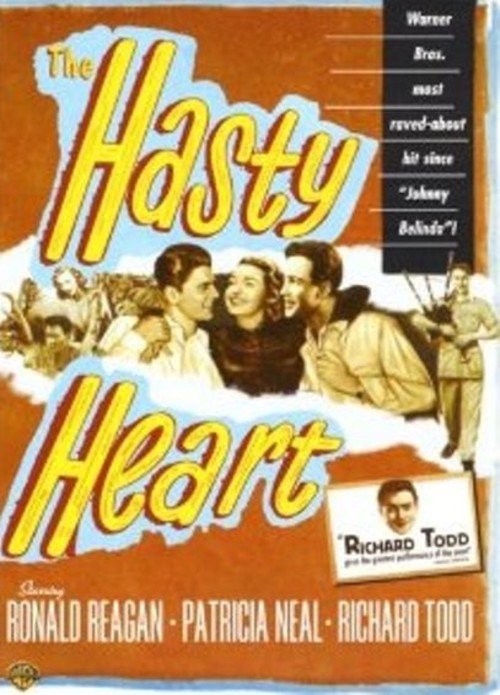 In a tragic twist of fate, Scottish corporal Lachlan MacLachlan (Todd) sustains a serious wound to his lower back on the day that World War II ends. The doctors tell him he is too ill to be moved immediately and that he must stay put, for the time being, in Burma. What the doctors do not disclose, however, is that his wound is so serious that he will not make it home at all. Placed under the care of Sister Parker (Neal) and several other convalescing soldiers, including the acerbic Yank (Reagan), the misanthropic MacLachlan must ultimately learn to accept death and make the best of his final days.

This forgotten classic focuses on the overlooked period that follows after war, when the physically and emotionally wounded must adjust to the gravely altered reality of their new lives. Former President Reagan contributes one of his finest screen performances, but the real star here is the Oscar-nominated Todd, who endows his characteristically dour, quintessentially Scottish veteran with unexpected pathos. Don't be "Hasty," and give this tender film on the importance of friendship and acceptance your full attention.