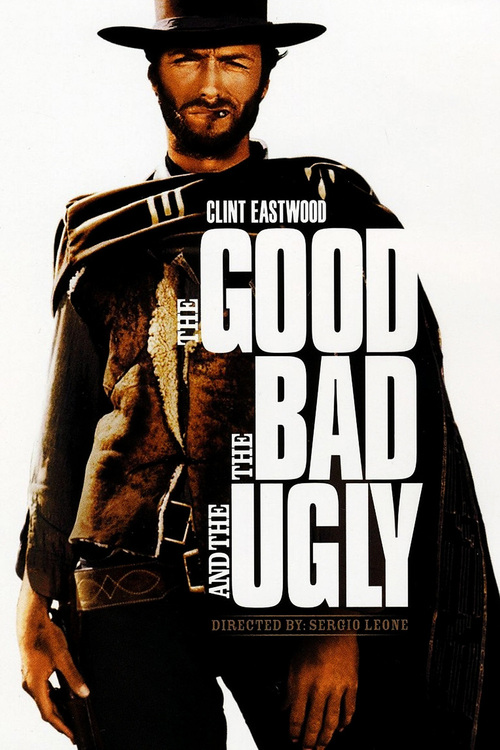 The Good, the Bad and the Ugly

Eastwood returns as "The Man With No Name" in this tale of three men's desperate hunt for a cache of confederate gold during the Civil War. These hombres are certainly not working together, even when they appear to be. Eastwood must contend with slimy bandit Tuco (Wallach), and more ominously, there's the killer Angel Eyes (Van Cleef) hot on the trail. Who'll find the gold first — and just as important, who'll get to keep it?

Widely considered the best of Leone's western trilogy, "Good" has also been re-mastered to pristine glory, with some footage re-inserted and lines re-dubbed by Eastwood and Wallach. Yes, the film is long, but the three leads, Leone's magic camera, and that Morricone score will hold you hostage throughout. (Wallach, in particular, nearly steals the whole picture as Tuco.) This is one spaghetti western worth its weight in gold.