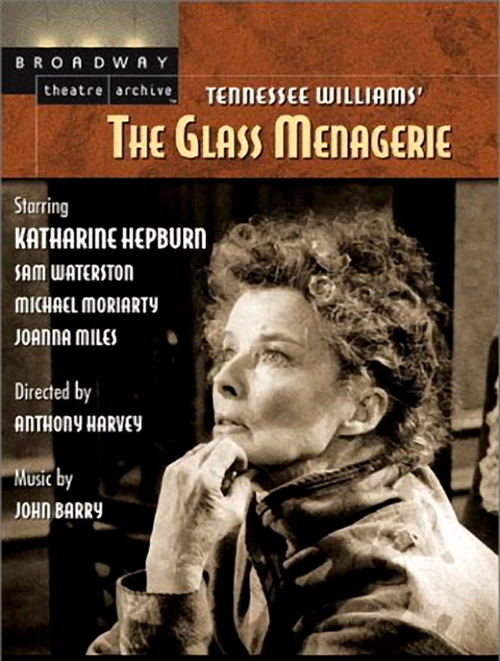 Tom Wingfield (Waterston) is a frustrated poet who works in a St. Louis warehouse to support his mother, Amanda (Hepburn), a faded Southern belle who dreams of pairing a “gentleman caller” with his sister, Laura (Miles), an emotionally fragile young woman with a physical handicap. Though he longs to escape this suffocating environment, Tom agrees to bring home co-worker James (Moriarty) to court Laura, with shattering consequences.

Harvey’s Emmy-winning small-screen adaptation of Tennessee Williams’s “Menagerie” marked Hepburn’s television debut and is one of the finest and most faithful stage productions of his poignant, heart-rending play. Hepburn nails Amanda’s air of wistfulness, regret, and unrealistic ambitions, and Moriarty is superb as the caller; but the film’s tragic heart and soul belong to Miles, playing the shy, young club-footed woman who dwells in the delicate fantasy world of her animal figurines. Talk about a heart of glass!

The Gleaners and I