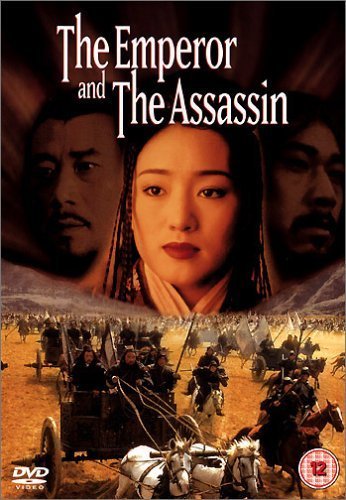 The Emperor and the Assassin

Inspired by a dream to unite China's warring provinces, the Qin dynasty's ambitious king Ying Zheng (Xuejian) concocts a plan to send his childhood sweetheart Lady Zhao (Li) into the heart of rival state Yan bearing the brand of an outcast. Her task is to convince Yan's king (Zhou) to send an assassin to kill Zheng, thus giving the rival king a pretext to exact revenge. The man they choose for this dirty job, Jing Ke (Zhang), has renounced violence, however. Will this nefarious deed be done?

Kaige's "Emperor" is a lavish, riveting period drama centered on love and shifting allegiances in the third century B.C., when the Qin dynasty established China's first unified state. The radiant Gong Li, who would later appear in Kaige's "Farewell, My Concubine," heads a talented cast as the valiant noblewoman who gains the trust and respect of Zhang's reluctant sword-for-hire. With its rollicking battle scenes and blazing theatrics, "Emperor" is an old-fashioned epic on par with one of Cecil B. DeMille's own grandiloquent productions. But it also asks a timely question: "At what cost empire?"

The Emperor's Naked Army Marches On