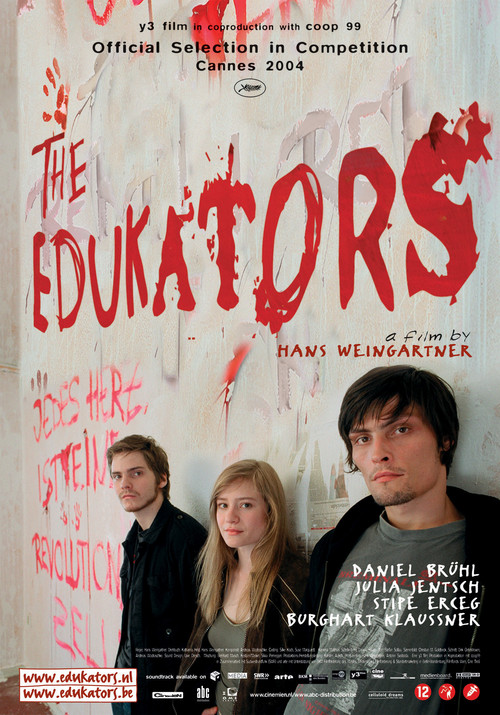 Best friends Jan (Brühl) and Peter (Erceg) are political activists of a unique sort: They sneak into affluent homes, rearrange the furniture, and leave menacing notes: "Your days of plenty are numbered." But things go awry when Jan, along with Peter's girlfriend, Jule (Jentsch), get caught during an ill-advised, spontaneous break-in, unleashing a chain of events that forces the trio to re-evaluate their ideas, their friendship, and their revolutionary passion.

In the age of W.T.O. and World Bank protests, Hans Weingartner's nervy, thoughtful film tackles the divide between youthful idealism and the comforts of bourgeois complacency with engaging urgency. Brühl is terrific as Jan, an inhibited loner whose radical beliefs are challenged by Burghart Klaussner's kidnapped businessman, who's forced up to a mountain cabin while the three pranksters puzzle over their next move. Melding elements of a thriller with a story of love and betrayal, "The Edukators" takes a seat at the top of its class.