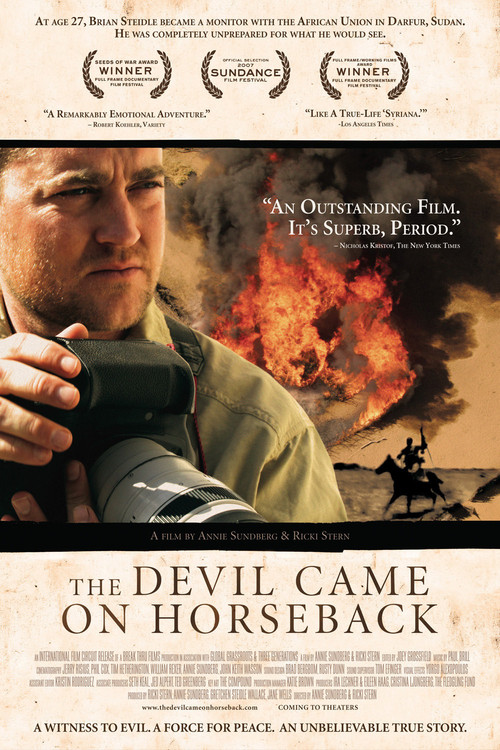 The Devil Came on Horseback

This shocking eyewitness documentary tells the story of Brian Seidle, a former U.S. marine hired by the African Union to monitor a ceasefire in war-ravaged Sudan. After traveling to the western region of Darfur to verify reports of mass killings, he witnessed something he never expected to see: the systematic extermination of black Africans by their Arab countrymen, the government-funded Janjaweed militias. When his calls for help went unanswered, Seidle took his story to the media, and then to the steps of the Capitol.

The United Nations has a mandate to act when acts of genocide have been identified. Yet as Seidle is well aware, there's been no concerted effort on the part of the international community to defend the beleaguered Sudanese who are being raped, victimized, and murdered in cold-blooded and methodical fashion. In one of the film's most powerful sequences, Sundberg and Stern visit neighboring Chad to speak with some of the Darfur refugees, whose stories are harrowing and hair-raisingly sad. Seidle may be "The Devil"'s mouthpiece, but he is also the guardian-angel moral conscience of us all.