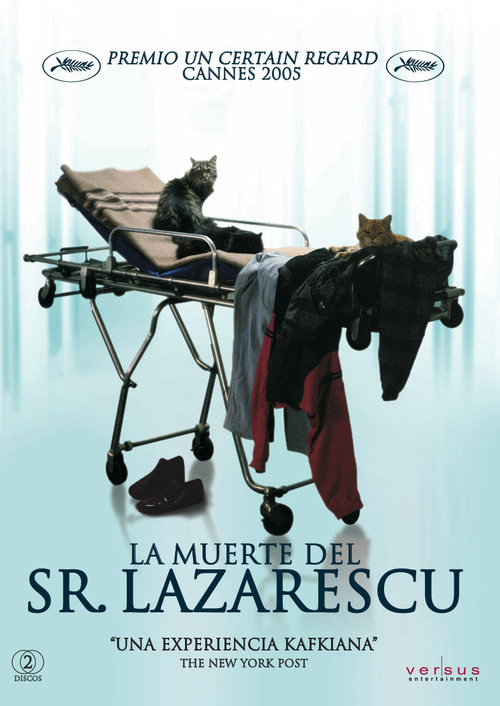 The Death of Mr. Lazarescu

Aging widower Mr. Lazarescu (Fiscuteanu) is an alcoholic living in a run-down apartment in Bucharest who calls an ambulance after he's afflicted with severe stomach pain. Driven to the emergency room by a sympathetic paramedic (Gheorghiu), Lazarescu ultimately finds himself bandied from one facility to another, quietly enduring the indignities of an outmoded, overstrained medical system where genuine human compassion is almost nonexistent.

Dubbed a "black comedy with serious side effects," Puiu's docu-realistic Romanian gem really nails the discouraging absurdities of modern-day health care, while rendering the bleak realities of chronic disease, loneliness, and mortality with an equally jaundiced eye. The grizzled Fiscuteanu is perfectly forlorn as Lazarescu, a man who elicits chiding lectures on his excessive drinking from his pitying neighbors, and who appears to be a grudging afterthought to most of the doctors who bother to examine him. Grim and heartbreaking in its cumulative effect, "Lazarescu" is a hypnotic real-time odyssey with a morbid sense of humor.